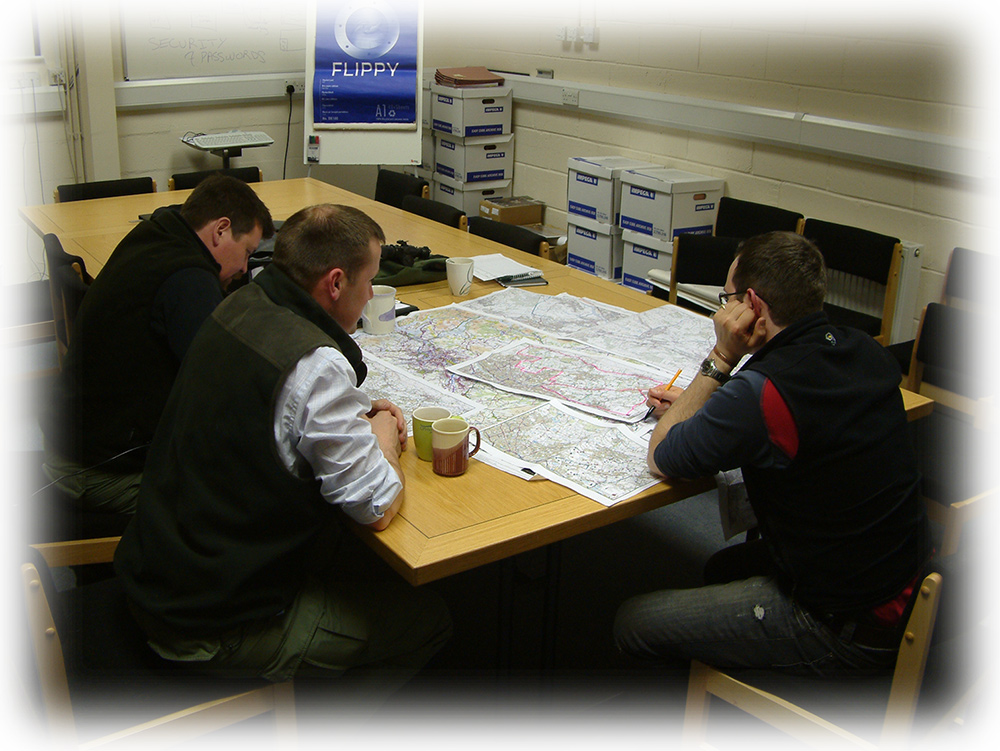 The reproductive biology and survival rates of deer mean that deer populations have a tendency to increase if unmanaged. Culling is a means of maintaining a deer population at an acceptable or agreed level, or reducing it to that level and holding it there. This must be done in a humane, responsible and sensitive manner.
The aim of this guide is to describe the principles of setting annual cull targets. The guides; Management Plans, Population Dynamics, Population Modelling and Record Keeping, should be considered essential companion reading.

When culling wild deer populations it is important to have a clear understanding of objectives. In general these will be to:

Utilisation of the deer for venison or any form of licensed or let stalking should not be at the expense of unacceptable impacts caused by the deer.

Ideally an agreed deer management plan (see Management Plans guide) will set out the objectives, together with targets for achieving them.
Often there are multiple objectives for an area. A landowner/manager may need to decide on priorities and/or accept that compromises may have to be made.

Keeping deer numbers at an agreed level can help to ensure that:

The most important function of culling is to keep deer numbers at agreed levels. Culling is also a means of:
manipulating population structure

A reduction cull must focus on the females. During this phase there is little point in being too selective about which individuals are culled as long as welfare is assured.

Achieving the female cull target should be regarded as a priority. Opportunities should be taken to safely and humanely cull more females than expected unless it would put female numbers below the final planned minimum. The male and female seasons often overlap. While the females are in season the temptation to make up the cull total by shooting males instead of females should be avoided, a single male deer will remain just that throughout his life but a female deer would be responsible for producing (herself, together with her female offspring) many young over her lifetime.

Note that if a population is reduced substantially from a previously very high density, there is likely to be an improvement in the condition of the remaining animals. The consequences of this may be that survival rates improve and females may breed at a younger age. In addition, there may be a degree of “in fill” from surrounding areas. Together these are commonly referred to as population “bounce back”. This must be taken into account in planning subsequent culls and the number of deer culled as a proportion of the population may need to remain high to maintain the reduction in numbers. Reducing numbers from very high levels may take many years to achieve.

One off, heavy culls, followed by little or no culling, never achieve a sustained drop in numbers. Reduction culls need to be substantial and usually need to run over a number of years to be effective. They must then be consolidated by following with a realistic maintenance cull.

For a population being maintained at a particular level, the cull for each age/sex class will be similar from year to year. Again, achieving the female cull is a priority but during this phase it is possible to be more selective about which individual animals are culled, according to objectives.

Census, cull and impact data should be monitored to be sure that an adjustment of culling level is not required. As a very approximate guide, and given that sex ratios are approximately equal, maintaining a static population will require a cull of at least 20% of the population for the larger species (red, fallow, sika), and a cull of around 30% of the population for muntjac. At least half of the total cull should be females. If there are a preponderance of females in the population, the total cull rates, and the proportion of females in the cull, will have to be significantly higher. If population numbers cannot be estimated then other measures such as habitat impact levels may determine cull levels, see example in the next section.

Cull targets are usually set for individual properties but may also take into account wider scale culls, perhaps agreed through a deer management group.
It is not sufficient to simply set a cull total. Cull targets must recognise the importance of the different effect of culling males and females, see
Table 1.

There are some situations where the cull target might be very simple, for example:

If unacceptable habitat impact is being caused by high deer numbers, the cull target would simply be the largest number that could realistically be humanely culled each year, with the emphasis on females. The driver for culling more or fewer deer would be to measure deer impacts, rather than perceived deer numbers. Over time, if the cull was effective, a trend towards improving habitat condition would be seen. Once tolerable impacts were achieved the culling effort could reduce to a lower figure and then be maintained at that figure to prevent impacts worsening once again. Monitoring of impacts, deer numbers and other indicators of population level would continue throughout, both to gauge the effect of culling on the population and then to detect any changes during the maintenance phase.

Creating a cull plan to meet agreed objectives should follow these steps:

Note that some or all of this information may not be available at the outset but keeping good records will help to add confidence to future planning decisions, see the Records and Survey and Management guides

Example 1. The importance of the female cull. The figures given are for illustration purposes only, but are based on real population parameters, the same cull was applied in every year. The figures will vary between deer species and different locations but the general principles apply in all situations. A model of this type is described in the Population Modelling guide.

In this Example 1 30% of the initial population is culled but more males than females (only 19% of females are culled). If the same cull is applied each year the population increases. To compound matters the male:female ratio changes in favour of the females, increasing recruitment proportionately each year.

Example 2. For the same culling effort but with the emphasis on females (in this case 38% of females culled), the population decreases. Culling at this sort of level may be required for a reduction cull.

Example 3. By adjusting the total cull and the proportion of females in the cull it is possible to maintain the population at the desired number. In this case the objective was to keep the population stable (a maintenance cull).