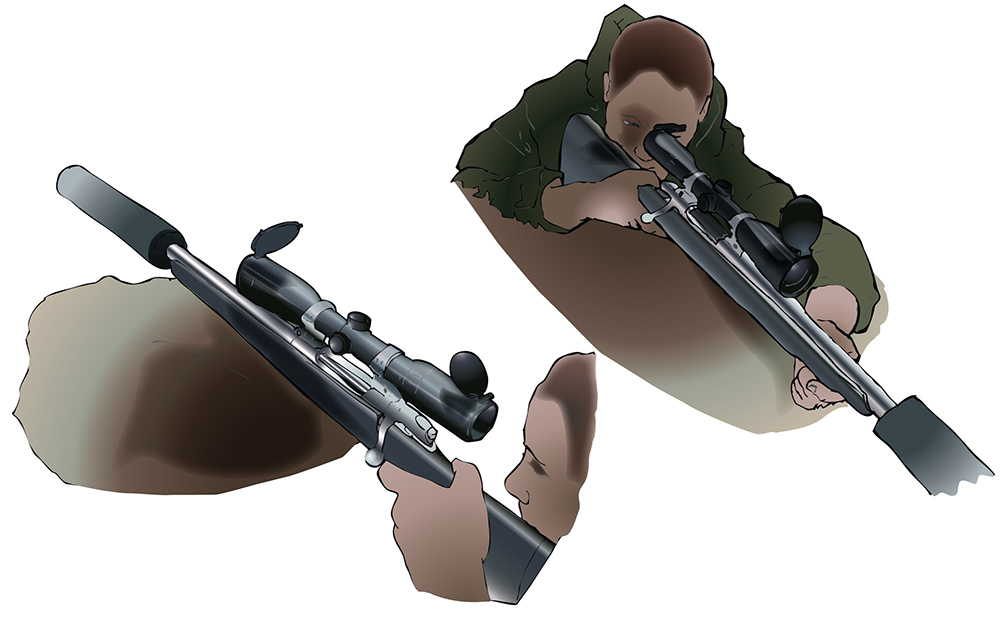 a soft rest such as a rucksack may be used, or else a bag or clothing may be helpful to pad rifle on a rock, while resting elbows on a bank or leaning against a wall, may improve stability

The purpose of this guide is to describe the basic shooting positions which will enable a steady aim. This guide links to others in the Firearms series. 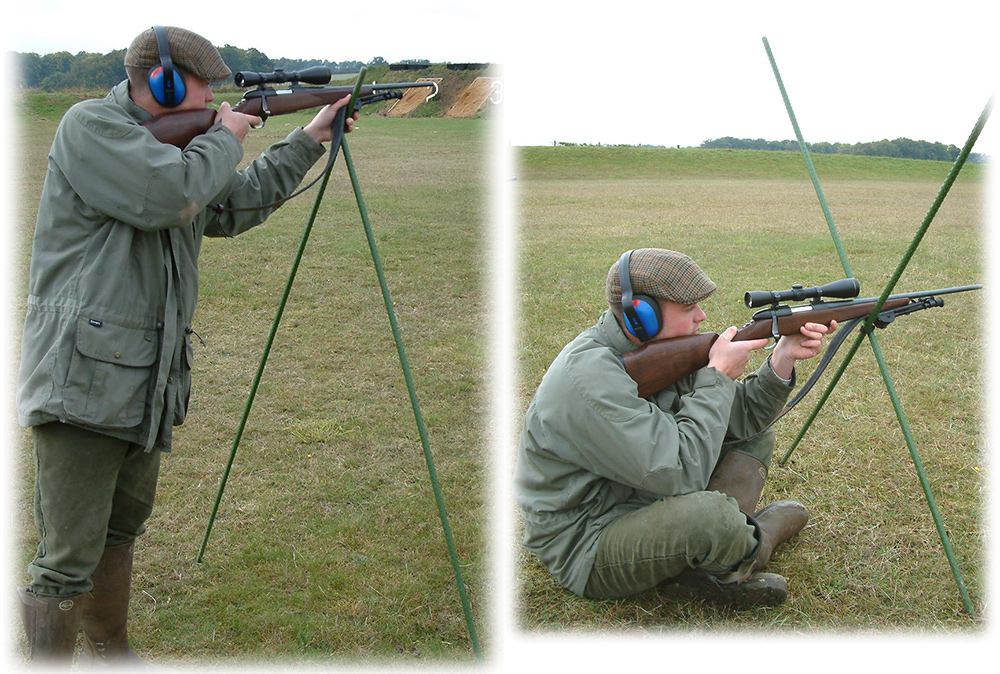 when sitting lock your elbows into your knees. NOTE: left hand should support sticks and rifle; shooting free-standing should be avoided where possible. When using sticks keep them perpendicular to increase stability