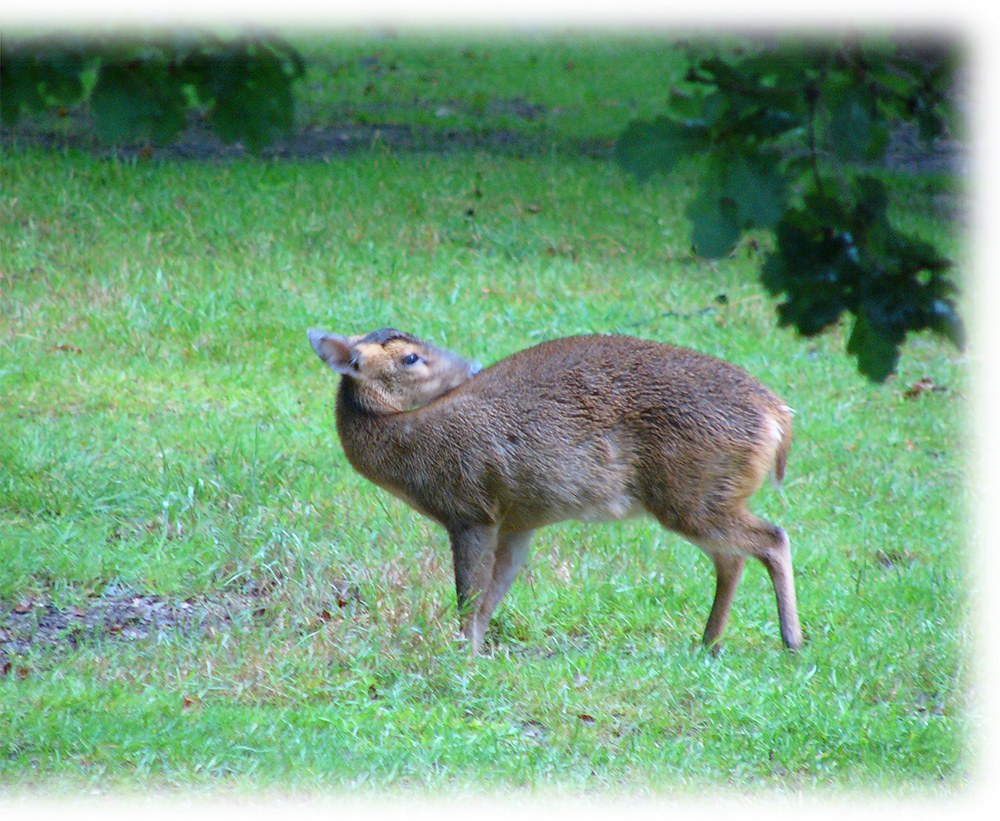 In recent years there have been reports of escaped captive muntjac deer in several places in both the Republic and Northern Ireland. In Northern Ireland there is some evidence that they may now be breeding in the wild. The aim of this guide is to highlight features of the biology and behaviour of muntjac deer(Muntiacus reevesi) as an aid to the management of the species, it is not a complete description of muntjac ecology(see Further information below). Deer behaviour is not fixed, they will adapt their behaviour to local circumstances, sometimes behaving quite differently from one area to another or over time. This guide links to Deer Biology, Deer Behaviour and Deer Signs guides which should be considered as important associated reading.

Normally seen as single animals or in family groups. Both sexes are territorial, does less so than bucks, and prefer to stay within their personal home range which may be very small, sometimes only a few hectares. Fawns will usually stay with their dams until her next fawn is due by which time they are independent (7 months of age). Rapid in-fill by both sexes may occur after culling.

Prefer dense permanent cover in woodland or scrub, especially areas with a diverse ground flora. Will make use of surprisingly small areas of shelter, such as are found in parks, gardens and roadside verges. At high density they create a network of tracks and tunnels in dense vegetation. Active at any time of day and can be constantly on the move. Individuals are sometimes predictable in their movements if not disturbed, males in particular patrolling similar routes each day.
Movement is affected by weather, they dislike windy conditions for example. Some knowledge of how they respond will make them easier to predict, see also Deer Behaviour guide. 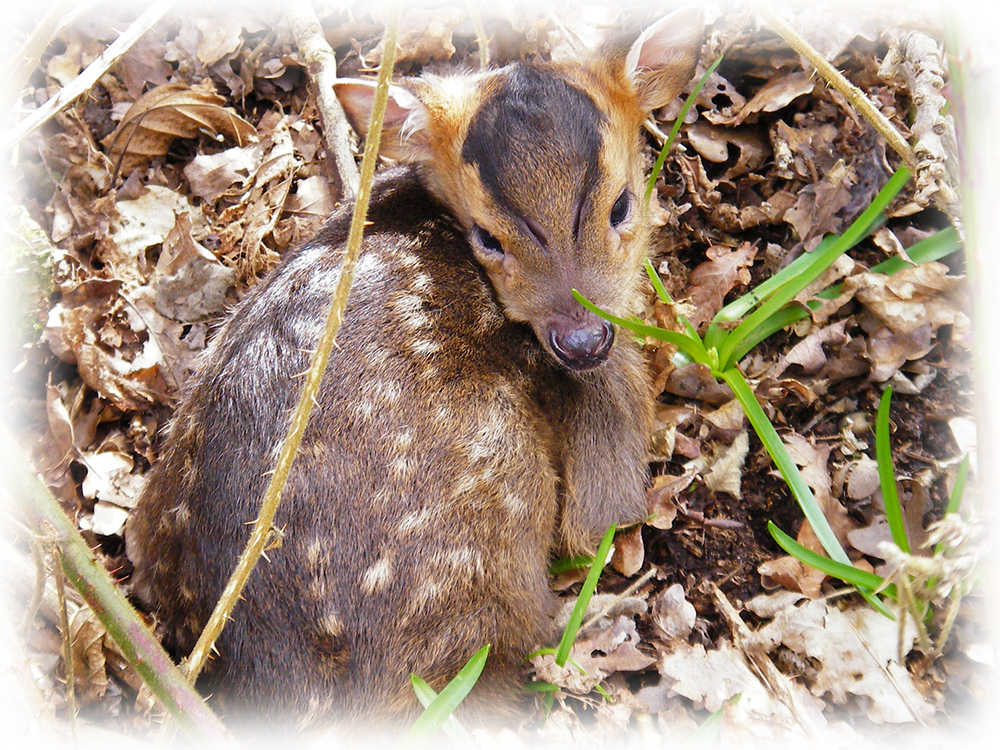 Primarily browsers and can be very selective in what they eat. Prefer areas where the ground flora is most varied and will browse on the leaves and flowers of many plants. May walk over or “fell” long stems to bring them down to browsing height. Usually feed alone or in twos or threes, larger numbers are usually individuals sharing a food resource. Browse height varies between 50cm and 90cm but can be 20cm higher when they stand on their hind legs.

Muntjac can breed all year. Females are polyoestrous and have a post-partum oestrus (come into season immediately after giving birth and will cycle again after approx 14 days if not pregnant) Adult doe pregnancy rate can approach 100%. In reasonable conditions adult does will produce a single fawn every 7months over a breeding life of which may last into their teens. Young does weighing 10kg or more may conceive, usually at 7 months or older. Confirmation of pregnancy is possible by the presence of an embryo, often in the right horn of the uterus. Survival rates of fawns can be very good but is possibly lower in cold, wet weather or where there are high fox populations. Most does cease lactation when the fawn is 2 months of age or so. 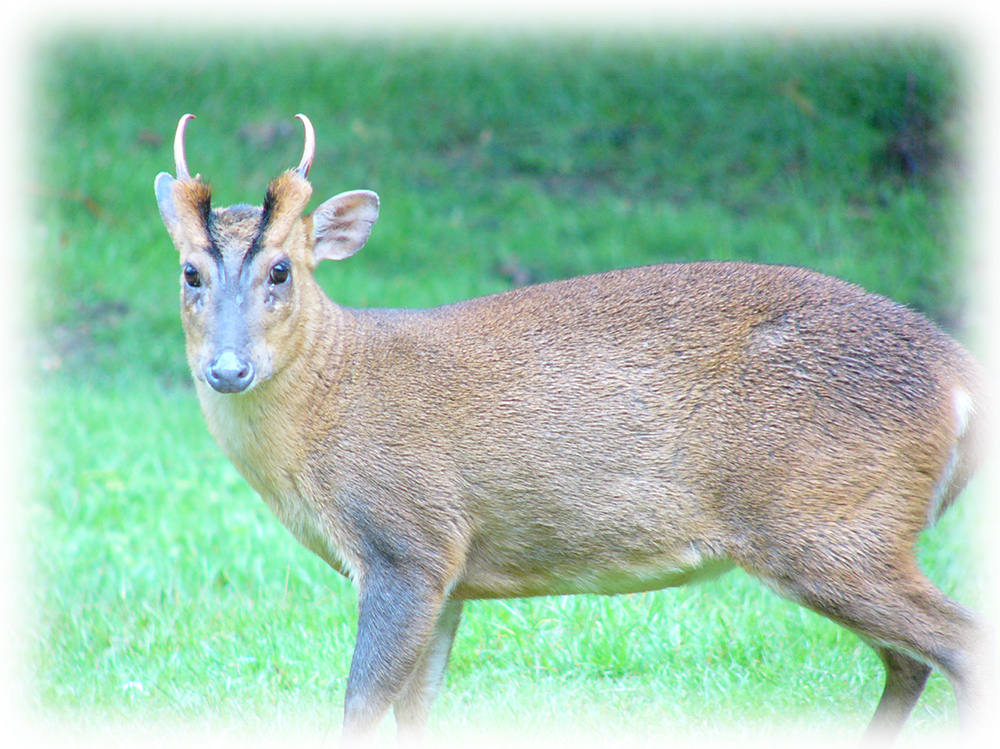 Adult males usually slightly larger, tend to appear darker and often appearing to have more yellow on their foreheads, than females. Tusks are often visible in males but are less developed and not visible in females in the field. Antler pedicles and antlers are usually obvious in adult males.
Age
Difficult to age in the field. Fawns have spots only up to 2 months old and rapidly approach adult weight by the time they are 1 year old. Older muntjac tend to be stockier. Older does have longer faces than younger ones.
Full adult lower jaw dentition is achieved by 19-23 months. Most wild muntjac are younger than 10 years, captive animals are known to have lived up to 21 years.
The size and form of antlers is not a good indicator of age in muntjac, however, first antlers are invariably a small, straight spike or knob with no coronet and in general the pedicles will be shorter and thicker on older bucks.

Coat change normally April/June and Sept/Oct. Very late coat change may be an indicator of poor health. Adult antlers are cast from May into early July and become clean from August to October. The first antler cycle is different because of year round breeding. Males growing their first heads may be in velvet from 32-76 weeks old before cleaning, then casting at the same period as the older males by which time they may be 51-112 weeks old. Muntjac are usually in very good condition with glossy coats; they can carry lice and ticks but keds are rare. 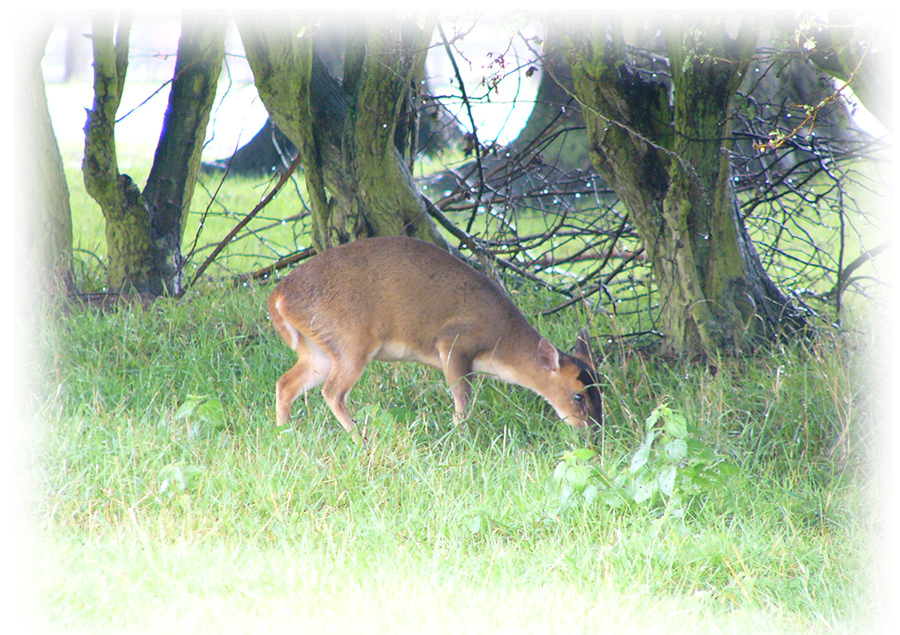 Can be hard to see, even in minimal cover and because they are often moving around it can be difficult to get a stable shot. Patience, predicting where the animal will appear next and learning how to stop a questing animal are the keys to success. Individual animals may have a fairly set routine, knowing this can be used to advantage. Baiting (e.g. with apples or carrots) may be effective as a means of culling individual animals. In woodlands and on woodland edges, shooting distances are often less than 100 metres.
Most often culled by a combination of stalking and sitting out (high seats and other vantage points), mainly in the early mornings and late evenings, although they may be on the move all day. When disturbed may stand and bark or run then stop a short distance away, or will circle around, barking, perhaps presenting another opportunity to see them. A little more tolerant of disturbance by stalking than the larger species but it is wise not to stalk the same areas and in the same way, too frequently. Sitting a number of rifles out in the same area can be a productive method of culling.
Moving muntjac to static rifles can be worth trying but often they are hard to move from cover then often run directly to the next nearest block of cover without stopping. (see Moving Deer guide).
Muntjac can be shot all year round but for humane reasons and where possible, try to avoid shooting adult does that do not appear pregnant or have visible udders, they are likely to be suckling a small fawn. Heavily pregnant does will have independent fawns and so are a more humane target, as are yearling does because they will not have a fawn at foot. Unintentionally orphaned fawns will often return to their mother within minutes of the shot and should be culled then. Bucks can sometimes be called by using artificial calls of the type used for roe deer.
It is important to cull sufficient females to prevent over population, particularly with Muntjac because they can produce more than one fawn per year. Culls of up to 30% of the population will be required just to keep many populations stable. Once the total cull has been set, as a general rule, twice as many does as bucks should be culled in any population considered to be at risk of expanding above acceptable levels.
Muntjac have a capacity to “bounce back” after even quite intensive culls, once population levels are under control, moderate culls each year are recommended rather than occasional hard culls.
In good habitats adult carcass weights (empty, skin on, head and feet off ) should average 8-12kg for does and 10-15kg for bucks. 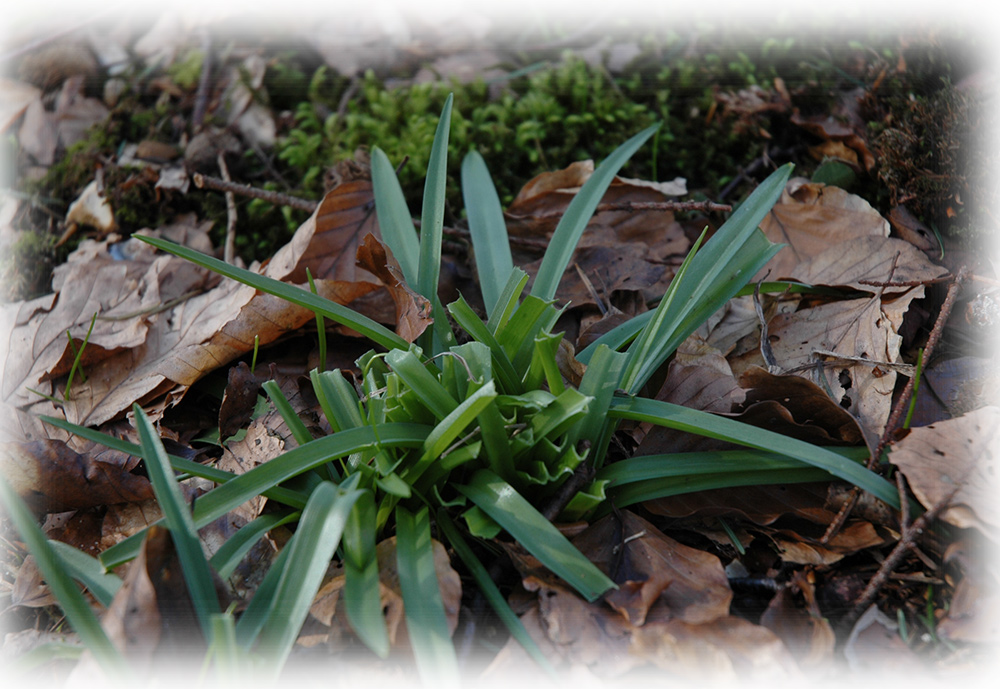 The most significant impact is caused by browsing. The tendency of muntjac to eat the most succulent parts of plants brings them into conflict with managers of forest and especially of semi-ancient and coppiced woodland, as well as growers of susceptible crops, and gardeners. At high deer densities there can be intense damage to favoured plants such as broad-leaved and plantation trees and coppice, with moderate damage to a wide range of other plants. Muntjac eat ground level flowering plants to a greater extent than other deer and can seriously impact ground flora. Agricultural and horticultural crops can suffer localised damage, especially if adjacent woodlands have been eaten out by late spring. Fraying may occur at any time and can be significant (especially in tree plantations and gardens). 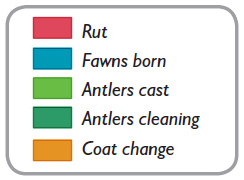 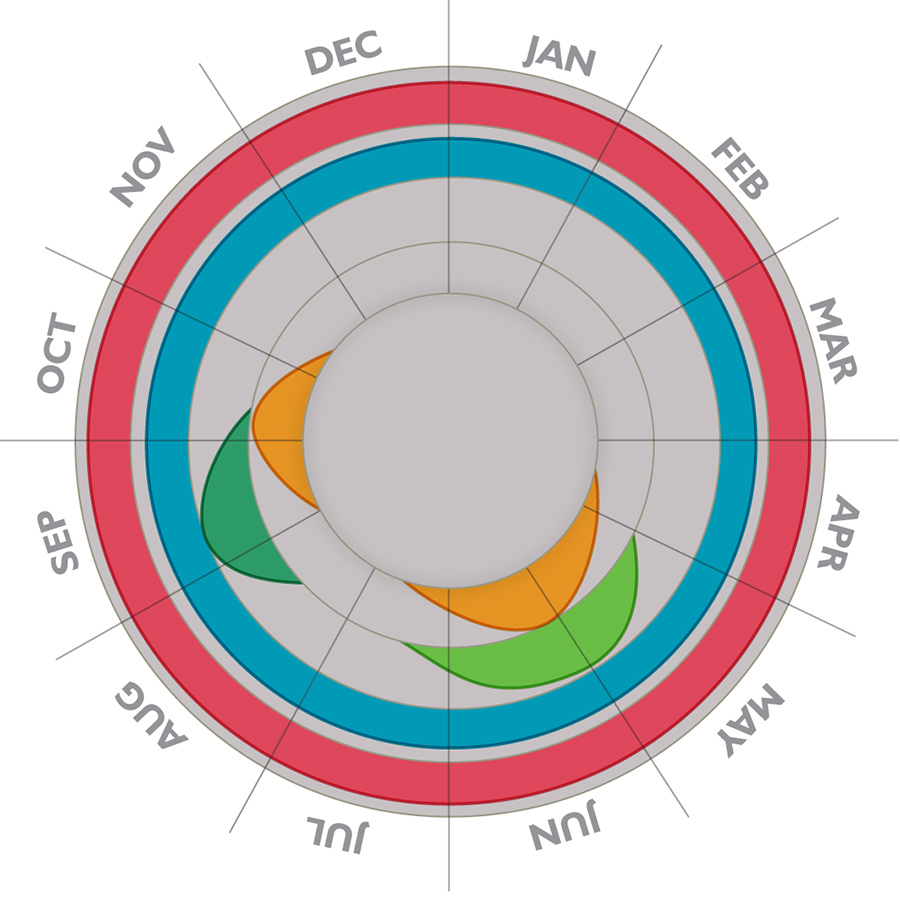