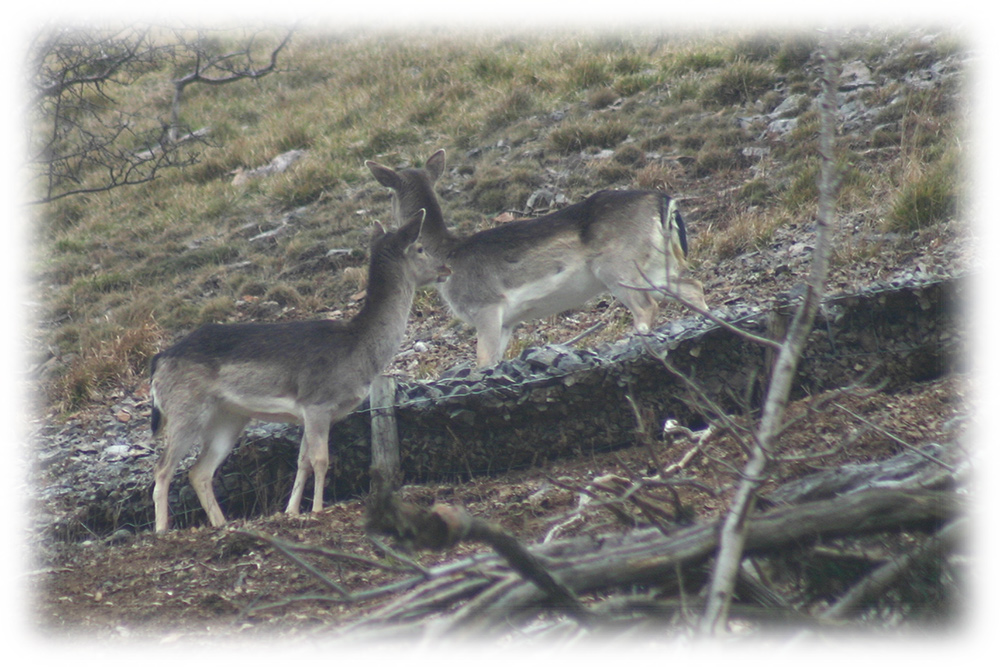 Deer moves are a form of collaborative cull involving a team. Whilst the general principles are the same as for any team culling operation, moving deer to static rifles is sufficiently specialist to warrant its own guidance. Both the Cross-boundary Liaison and Team Culling guides should be considered essential companion reading to this guide.

“walkers” – team members who move deer from one area to another
“rifle” – a member of the team who will be shooting, usually from a fixed position.

Why move deer for culling?

A deer move is a means of moving deer from an area that is difficult to access, to an area where they can be safely culled. Deer moves can also be carried out at times of day when deer are not normally active thereby extending opportunities to cull, this could be particularly useful during winter when days are short.
A deer move is not normally necessary where a well planned and applied cull programme is already in place, but could be useful where a reduction cull is required, or normal resources are insufficient to obtain the required cull.

The basic principle of deer moves is simple; walkers gently move the deer to where they can be seen, selected, and culled. The object is not to panic the deer by driving them, but for them to lift and move quietly with the least amount of disturbance, into an area where they feel comfortable enough to stop and assess the situation. Rifles will be waiting in such places, usually at vantage points or high seats, overlooking a safe shooting area.

A deer move is organised in the same way as any team culling operation1 but there are a number of additional features:

is critical for predicting how the deer will move, the route the walkers should take and where the rifles should be placed.

A briefing is essential to ensure safe practice and to make the move efficient1. In particular rifles must be aware of their precise firing points and safe arcs of fire. They must know which direction to expect the walkers to arrive from and to keep a good watch for them.

The number of walkers required is not large. Even in dense cover they can be placed a hundred metres or more apart as long as they are able to stay in contact. In small areas a single walker could be enough. Walkers should not have to make a lot of noise, an occasional tap with a stick is sufficient both to alert the deer and the waiting rifles. They must wear hi-vis clothing so that they can be seen by each other and the rifles. The pace should be a slow stroll.
It is important that at least the team coordinator knows exactly where to go but ideally the whole beating team will also be familiar with the area.

The rifles should have a good track record as reliable, safe and humane shots. They should be experienced at selecting deer that may be moving towards them and be able to ensure that deer are stationary before they are shot and that there is a safe background. A deer move is no place for a novice unless they are directly supervised by someone more experienced.

Deer cope easily with the degree of disturbance usually encountered on a deer move. It is not necessary to push them to the point that they are dangerously stressed, nor should they be placed in danger of accidents e.g. on roads.