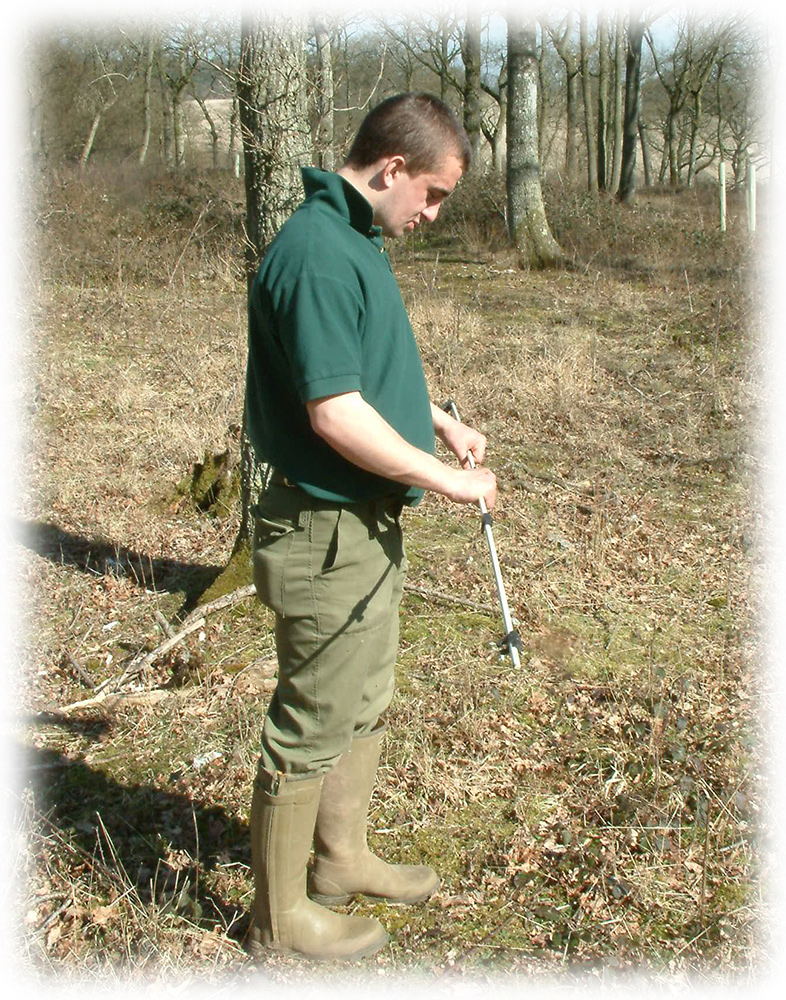 The aim of this guide is to outline how a dung count can be used to estimate deer numbers. The Census Introduction guide should be regarded as companion reading, this guide also links to the Cull Planning guide.

Dung counts can indicate both the distribution and total number of deer in an area.

It should be noted that:

Dung counting is an “indirect” method of estimating deer numbers that avoids the difficulties of having to see deer to count them. The basic principle is that the more dung is present the more deer there must have been to produce it.
There are two complicating factors, dung persists for some time but the rate at which it decays (decay rate) is highly variable, secondly, the rate at which deer produce dung (defecation rate) although fairly constant, can vary.
The two main methods of dung counting attempt to take decay and defecation rate into account but there is always a degree of inaccuracy in results. One method is described here.

Usually deer produce dung as loose pellets and deposit them periodically as “pellet groups” either in heaps or as a “string” of pellets if they are moving. A pellet group is any collection of six or more identifiable pellets produced at the same time. All dung counting techniques measure the amount of dung by counting the number of groups produced.
The FAR method is based on the principle that defecation rates are fairly constant within species. An area is visited and cleared of dung (or the dung is marked in some way). The site is then re-visited a known time later and the new dung counted. The number of deer that would have had to have been present to produce that amount of dung over the time period can then be calculated.
The method effectively counts “deer days”, that is it does not allow for the fact that the same amount of dung could be deposited either by deer present through the whole period in constant numbers, or by a larger herd that spent less time there. 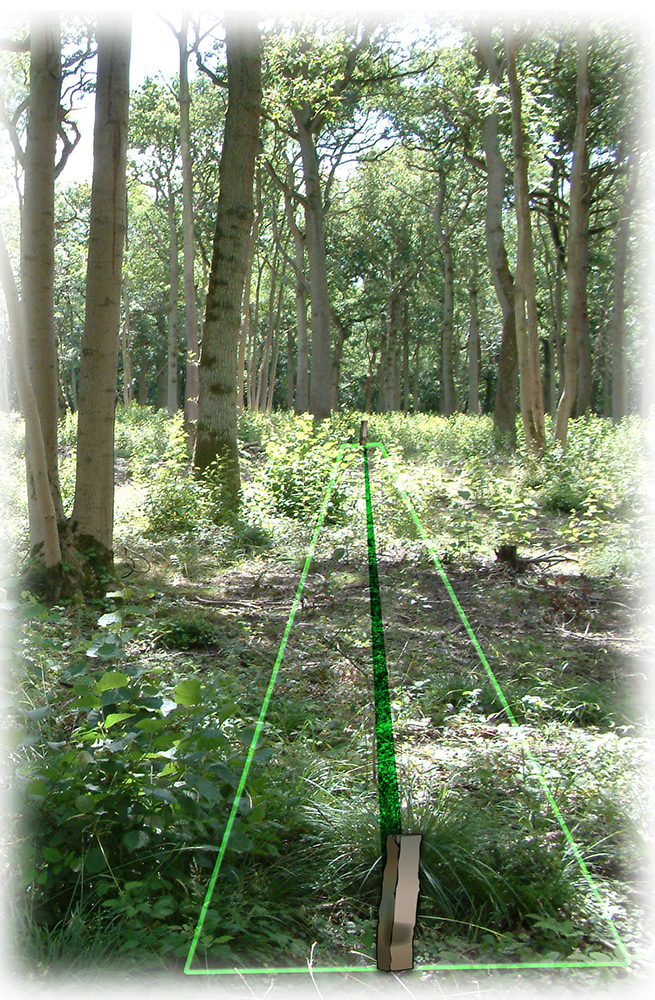 During the count (50×1 metre linear plot)

Clearance counts were carried out in an area of deciduous woodland with sparse understory to estimate the density of roe deer. Pre-survey investigation of decay rate indicated a decay period of 6 months. 6 Plots totalling 600m2 were cleared in February. A total of 12 pellet groups (0.02 per m2) were counted in the plots 40 days later. Assuming a defecation rate of 20 pellet groups per day (and no decay between visits), the population density is estimated as:

Be aware of the potential error margins surrounding these calculations and therefore limitations in the value of the information generated as the sole basis for decision making.

When the plot is first visited it is worth noting:

There are a number of ways of avoiding sources of potential error: